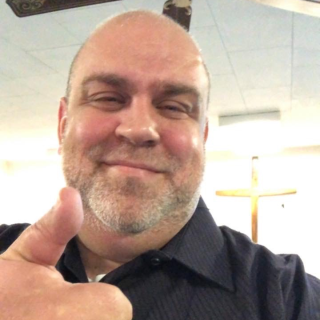 I am currently a pastor that is resistant to writing but is willing to follow God’s call. Wife and 2 great kids bless my life. And of course, there is bacon!

I deserve better. I am owed this. I have earned it! God wants me to have the best in life!

These are all commonplace phrases that run rampant in today’s society and the last one can be heard in many a TV preacher prosperity gospel message. Yet, this lesson is not a new one nor will it be one that is perfected anytime soon.

I remember thinking many of these very things when I graduated from college. I deserve that million-dollar job! And for a while, I prospered as I followed my own ambitions in life. Then my ambitions became my god. It was all I lived for. Most of my life I have been in charge. I have managed hotel operations, aquatics programs for well-known non-profits, and climbed the corporate ladder in a major retailer found in most malls across the country. The latter was my favorite cause I was the one that could solve problems and fix stores. People were either relieved or in fear of their job when I walked in. Power – I loved it! More than anything, so it seemed.

It didn’t start out that way. I did not aspire to become one with power. I did not have childhood dreams of becoming a millionaire. I can picture this was also the case for James and John – those ambitious sons of Zebedee. They were two of the three disciples that were part of His inner circle (Peter being the third). It is this structure many of us in the Wesleyan denominations get the accountability circles from. They were with Jesus when on the mountain as He was transfigured (Matt 17:2) and these three walked further than the rest of the disciples in the Garden of Gethsemane (Matt 26:37). I can picture Jesus having many an intimate talk with these three. When we look at their request in Mark 10:35-37, it is not hard to think they were too out of bounds in asking. They were His inner circle, and I would assume they may have thought they deserved such an honor. Not too different than many of us as we finish an accomplishment that takes sacrifice such as higher education. I deserve it. I paid the price! Jesus tells them they have no idea what they are asking for. By saying they are willing to drink from the same cup almost seals the same sort of persecution Jesus is about to endure on the cross. Those that study the lives of the disciples can tell us not many of them died peacefully surrounded by their loved ones. They knew well enough who Jesus is as they wouldn’t have asked that question that led to the famous lesson on humility. I am certain they did not have ambitions to become the closest friends to the only Son of God. Maybe they, like myself, got too comfortable. Maybe they started to think there were certain benefits in being part of that inner circle.

I believe we all come to such a point in our lives. Recently I asked God to remove what He did not like from my life. I can honestly say ambition was no longer my god and I did not pursue visions of grandeur. But, when we submit fully, and ask Him to clean, crop and trim the areas of our lives that do not please Him, we need to be ready for some pie! Apparently, God does not see the humor in the phrase “Drug Dealing Pastor!” Yes, I sold pharmaceuticals from home as an independent representative. All legal and it was a position I could do with not an overabundance of income, but it allowed me plenty of time to focus on ministry all while paying the bills. And let’s face it, I was still my own boss!

He closed that door.

After two months of looking for employment, I found a job. I am not anyone in authority. As a matter of fact, I serve volunteers! Hmm…  service to others…  wonder where I have heard of such a thing! When I have lost a job in the past, it was always harder. I have always held myself to a higher standard of position and would not accept certain terms of employment. This time was different. Employment has one function – to pay bills. I go in when scheduled and work with a good attitude. I have fun with my coworkers and God opens a door to someone who left the church and starts asking questions about my faith! This all happened on the second shift!

Humble pie is tough to eat, but over time one can acquire the taste. When eaten with joy, there are certain benefits to this serving of pie. It allows God to use us more for why He created us and instills that great lesson of last is first and first is last (Matt 19:30). Mark tells us that Jesus takes it further and instructs us to serve just as He came to serve (10: 44-45).

Not only shall we partake in that humble pie but do so joyously and repeatedly! Seconds please!

I am currently a pastor that is resistant to writing but is willing to follow God’s call. Wife and 2 great kids bless my life. And of course, there is bacon! View all posts by biblicalbacon

2 thoughts on “The Bitterness of Humble Pie”